The Fall 2017 art exhibit by Mishael Coggeshall-Burr titled Beyond, explores in beautifully rendered landscapes and city scenes an alluring sense of what might lie beyond the viewers immediate impression, or beyond the artwork’s main focal point.

Mishael’s technique showcases a cinematic style of spatial juxtapositions, blurring and blending forms, light and dark contrasts between foregrounds and backgrounds.  Nature comingles with the manmade, edges blurred between leaf and building, tree and stone, water and metal—creating intriguing images that make us ask what lies beyond?  Beyond a leafy foreground might lie the ocean; some overgrown vines might disguise a ruin; and dark corners of streets hold mysteries of the viewer’s imagination.

Many pieces in this year’s exhibit depict scenes from the Caribbean island of Vieques, Puerto Rico, as well as the Old Town of San Juan.  As these places were among those devastated by the recent hurricanes,  Mishael will be donating 10% of show proceeds to disaster relief efforts in PR.

Earlier works on exhibit and available for purchase
​ 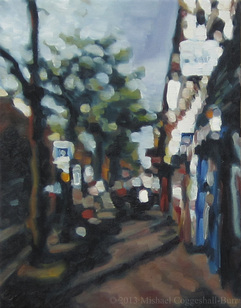 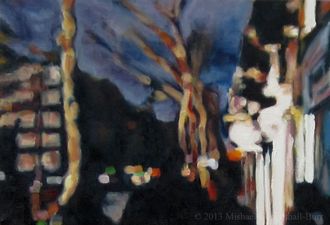 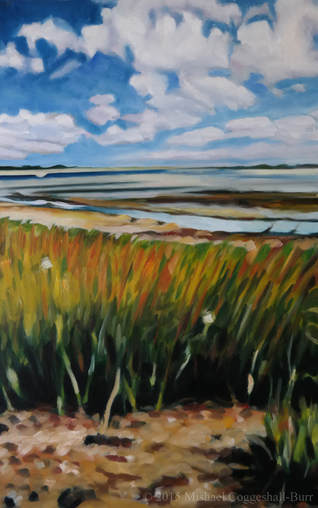 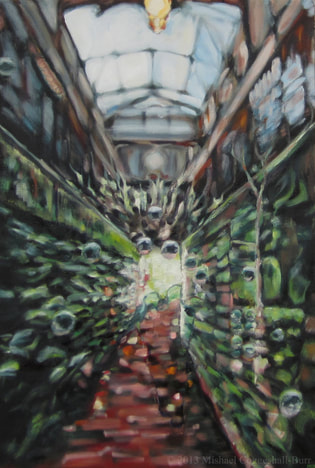